The AR-15 assault rifle was engineered to create what one of its designers called “maximum wound effect.” Its tiny bullets – needle-nosed and weighing less than four grams – travel nearly three times the speed of sound. As the bullet strikes the body, the payload of kinetic energy rips open a cavity inside the flesh – essentially inert space – which collapses back on itself, destroying inelastic tissue, including nerves, blood vessels and vital organs. “It’s a perfect killing machine,” says Dr. Peter Rhee, a leading trauma surgeon and retired captain with 24 years of active-duty service in the Navy. 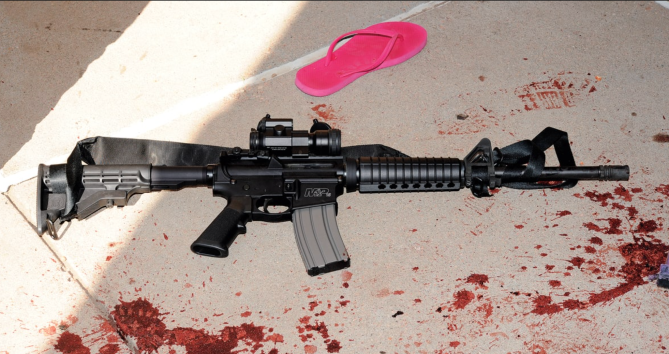 Tell me what you think? Cancel reply